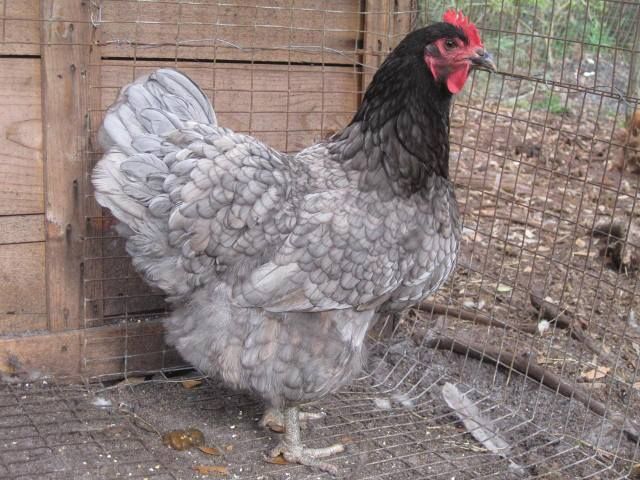 When you hear the name, “Jersey Giant,” you might think of a behemoth chicken wreaking chaos in a village as it stomps around with its Godzilla-esque feet. The Jersey Giant might be a large chicken breed, but luckily, it’s not that large!

Nevertheless, this chicken is the largest purebred chicken breed in the United States. The only other breeds that come close are those that have been hybridized (as well as several smaller- albeit still hefty – breeds like Brahams).

History: Originally developed by Thomas and John Black, the Jersey Giant was created, of course, in the state of New Jersey. It was created with the goal of addressing the demand of the time – during the late 1800s – for heavy-breasted roasting birds. Ideally, this chicken would surpass the weight and meat quality of the turkey. Unfortunately, although large, the Jersey Giant never quite stacked up to this standard.

Colors: There are three formally recognized variants of the Jersey Giant chicken – the black, white, and blue. The blue is the most recent recognized color, only recognized by the American Poultry Association in 2003. A robust and attractive bird, the Blue Jersey Giants have black shanks with feathers that are slate blue with darker blue lacing. There are four toes per foot with no feathering on the legs. Wattles and comb are red, while the skin is yellow. The eyes of this chicken are dark brown, while the beak is black with a pale yellow tinge at the very end.

Temperament: The Jersey Giant is known for being docile and calm. Even the roosters are positively mellow. That’s good news – with a bird this big, an antagonistic individual could wreak havoc and inspire terror in the coop! Jersey Giants are good with children, although their size can be intimidating they are friendly and can even be kept as pets or exhibition birds. Jersey Giants are not known for being flighty. They are cold-hardy and get by well without high boundaries – they’ll stay confined on their own.

Production: Jersey Giants put out a prolific amount of large eggs. They will lay up to 200 eggs each year, averaging four or so eggs each week. These are large and pale brown in color.