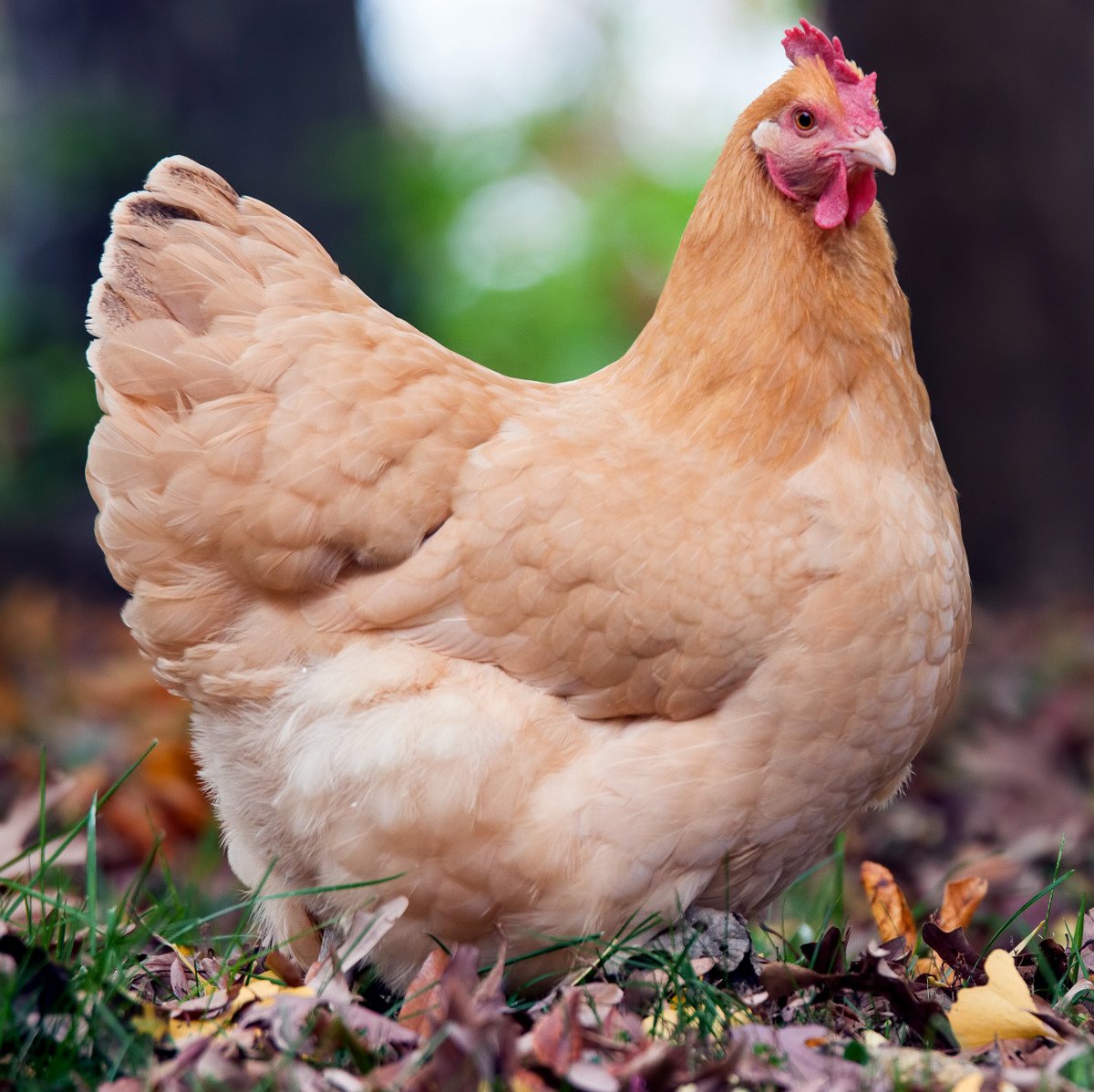 Orpingtons are fluffy, sweet chickens. The Buff is a gorgeous, rich, golden color. They have a single comb and are cold hardy birds.

Production: Buff Orpingtons are excellent productive egg layers. You can expect between 200-280 brown eggs per year from one Buff Orpington hen. The hens are known to be broody.

Temperament: Orpingtons are known to be docile, sweet birds. Aside from their practical aspects, they make good pets. They also have good foraging ability.

History: If there are celebrities within the poultry fancy, then William Cook must be counted among them. Mr. Cook developed the Orpington breed, and named it after his hometown in County Kent, which was, of course, the town of Orpington.

Mr. Cook did more than develop a breed of chicken, though. He also did an excellent job of making that breed well known across the world. Orpingtons were popular in Mr. Cook’s native England, but he also brought them to a poultry show in Madison Square Garden in 1895 where they were met with great enthusiasm.

Due to their weight, Orpingtons do not tend to be flighty and are easily contained. And, because of their feathering, they can withstand cold weather. There are many reasons for the Orpingtons’ continued popularity, both here and across the world.