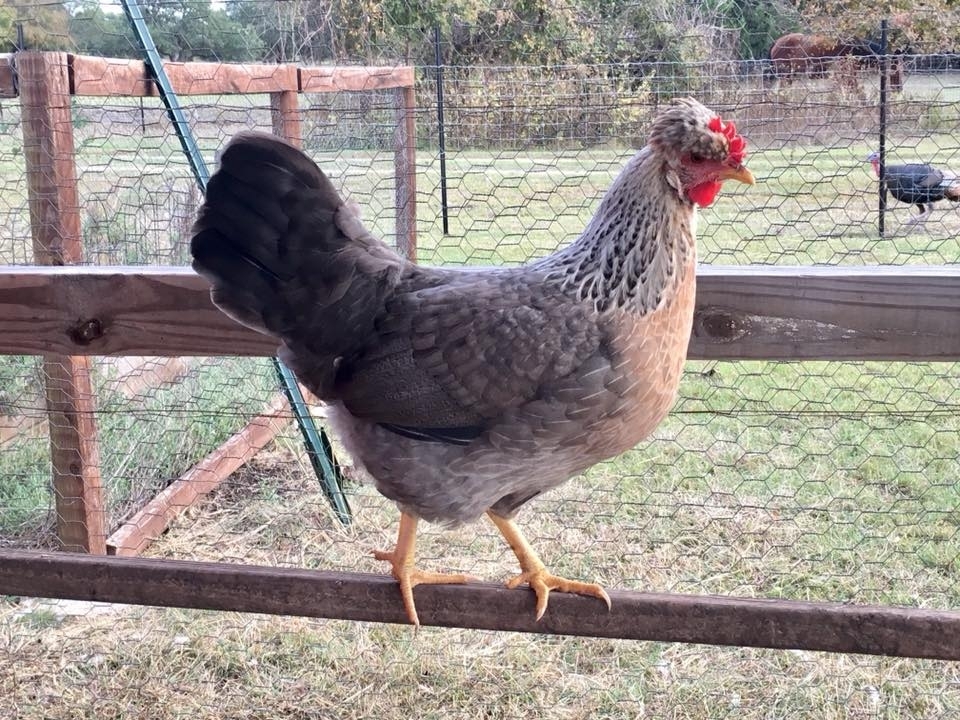 The Cream Legbar Chicken is one of the most sought after breeds of chickens in this country right now. And for good reason – they are great layers of bright sky blue eggs, they are attractive and friendly birds, and they are auto-sexing, which means that male and female chicks are easily distinguishable by color at hatching.

Cream Legbars have feathery crests on their heads as well as combs. They are considered to be cream colored. Cream Legbars are very rare, and it is hard to find trustworthy sources of true, purebred birds. The birds we are offering are high quality and are solid examples of their breed.

Production: Cream Legbars are raised mostly for egg production. They lay a good number of eggs usually around 160-180 per year. The eggs are a beautiful blue color, ranging from sky blue to light, barely green turquoise. Breeding Cream Legbar Chickens and selling chicks or hatching eggs would be a lucrative business, and these chicks have the proper genetics behind them to do so. Because the chicks can be easily sexed at hatching, Cream Legbars would be a great choice for a small breeding program.

Temperament: Cream Legbars are sociable, friendly, and active birds. They are not extremely flighty, but do have a more old, feral temperament, relishing in exploring and foraging. They are, in fact, very efficient foragers. Roosters are watchful and vigilant, and the breed in general is savvy and smart. They do very well at avoiding predators and thriving and adapting in many different environments.

History: Cream Legbar Chickens were developed in the 1930’s in Great Britain, as a part of the genetics breeding experiments by Reginald Crundall Punnett and Michael Pease in Cambridge at the Genetical Institute. This breed was one of two auto-sexing breeds developed by these efforts. Cream Legbars were created from crossing Brown Leghorns and Barred Rocks along with some Araucana lines. The breed’s first appearance was at the 1947 London Dairy Show, and Cream Legbars were officially accepted into the British Poultry Club in 1958. The appearance of the breed in the U.S. is extremely new, with breeding groups crossing the pond for the first time in 2010.