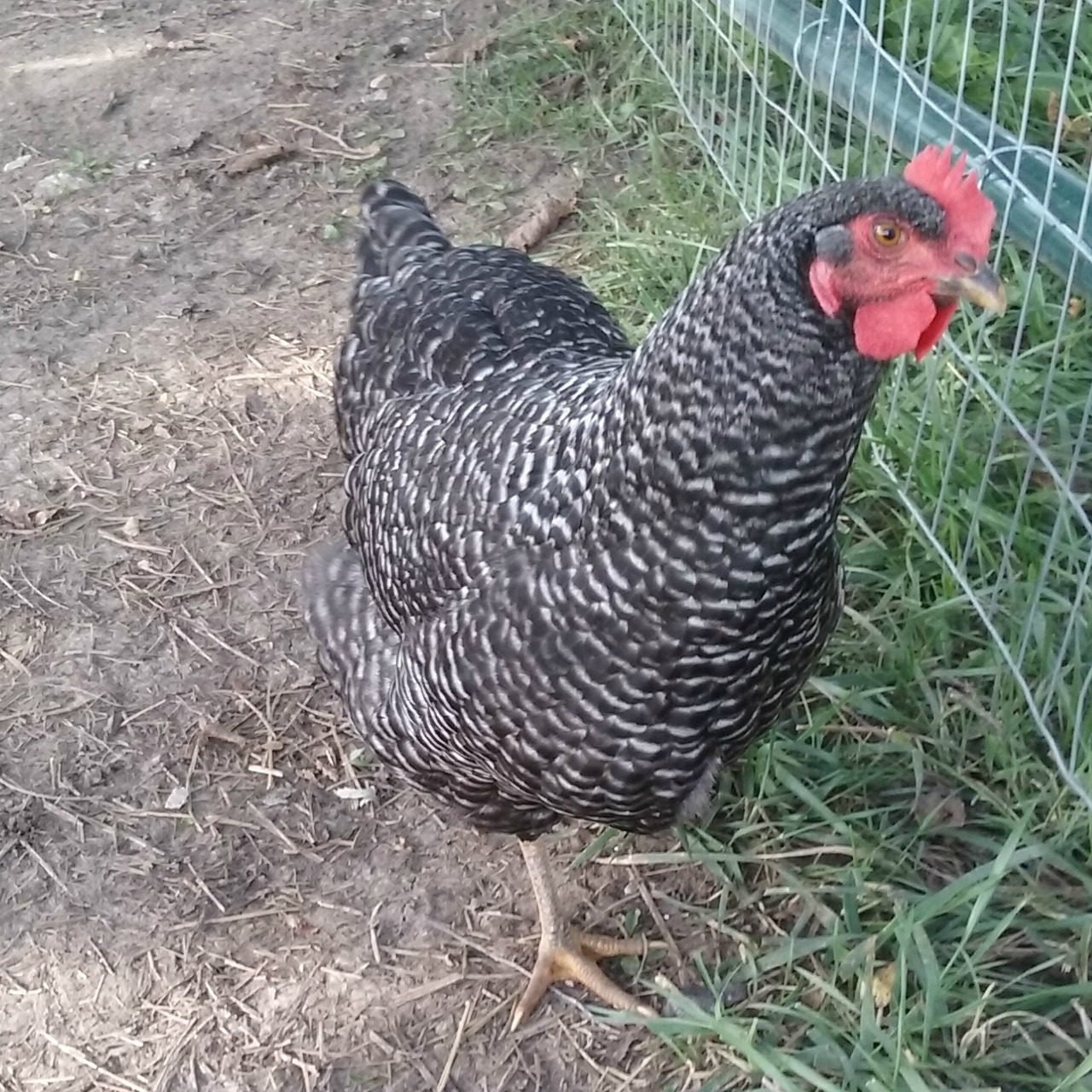 Cuckoo Marans are attractive, productive chickens that have a single comb which can tell you they are a cold hardy breed.

You can expect 180+ light chocolate brown eggs per year from your Cuckoo Maran hens. Cuckoo Marans are active birds who enjoy foraging but that also get along fairly well with other pet chickens.

History: Marans originated in the wetland area surrounding the town of Marans, France. Originally, the breed came to exist from the crossing of wild swamp hens and English game roosters that were released from ships that docked in Western France. It is because of those early crossings that so many different color varieties of Marans exist today.

As a whole, the breed has seen ups and downs in population size. For many years the Cuckoo Marans was the only variety of the breed available in the US, and so it is the easiest type of Marans to procure here.

The cuckoo marans are often confused for a barred rock but they have a more jagged pattern.